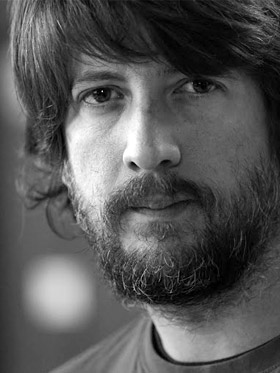 Ömer Ünal started skateboarding in 1981. He designed and built Turkey’s first skateboard ramp in 1987, for Selamiçeşme, Kadıköy. Ünal graduated from the Fine Arts Faculty, Interior Design Department of Marmara University in 1996.He completed his master’s on design at the Domus Academy in 1997.

Ünal is a skateboard instructor and an interior architect. He took a break from skateboarding from 1997 to 2007. On his return to skateboarding in 2007, he organized SkateFest with Onur Akın, built mobile ramps for the venue on Caddebostan beach, and donated it to the skateboarders.

After completing his skateboard ramp project for skateboarding activities at Istanbul, Caddebostan beach in 2008, Ünal designed Turkey’s first concrete skateboard wave for the villa project he designed at Dragos. Ünal designed the ramps used at the Go Skateboarding Day, SkateFest events in 2009. Alçak Skate Park is also Ünal’s design where many competitions, concerts, exhibitions and shows are organized.

Ömer Ünal continues to his design and project management work at Ünal & Böler Studio and teaches skateboarding at the Alçak Skate Park he runs.