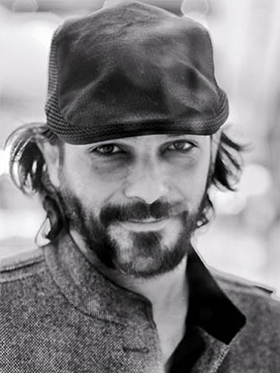 A product and furniture designer, Alper Böler was born in Istanbul in 1975. After graduating from the Industrial Design Department of Marmara University, he worked at various furniture and interior design companies. He cofounded Ünal & Böler Studio in 2000. In 2006, Ünal & Böler presented international works, including three visits to Milan’s Salone Satellites. Apart from Designersblock London, Ünal & Böler participated in the Stylepark in Residence Exhibition in Cologne, Designersblock Frankfurt, Blickfang Stuttgart and Blickfang Wien.

Their Salkım (Bunch) book hanger was honored by Vienna’s MAK Museum of Applied & Contemporary Art and is still on sale at the museum store. Salkım is also sold at the museum shop of Istanbul Modern.

On May 2009, Böler was invited as a guest speaker on the subject of Culture and Memory in Design” to Parsons the New School of Design in New York. Böler produced a trade fair stands for the Istanbul Fashion Designers’ Foundation and Galatamoda Alaçatı, as well as reception and retail environments for MARS Athletic Club g-mall division, under his own name.