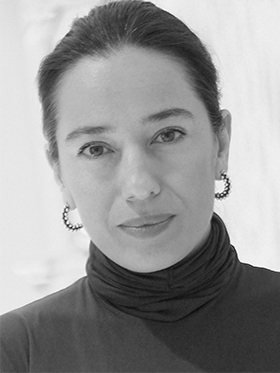 Born in 1964 in Ankara, Defne Koz graduated from TED Ankara College in 1981. She studied Italian Language and Literature at Ankara University, Language History and Geography Faculty, and attended workshops that were organized by the Industrial Design department of METU in 1987-88. In 1989, she went to study at Domus Academy Industrial Design Department and she designed a coffee machine for open offices with Prof. Alberto Mead for her Master’s Project.

In 1994, Koz worked as an assistant to Michele De Lucchi during the Office seminar and workshop at Domus Academy, Milan. The same year she participated in the "Craftsman qualities and industrial production" seminar with Marco Susani, at Istanbul Technical University. She attended "The Quest for Design in Turkey” conference organized by Cultural Forum for The Arts at the Architectural Association, London and the "Craftsman qualities and industrial production" seminar and workshop organized by Mitsubishi Corporation in Fukui, Japan in 1996. In 1997, Koz attended the G-shock & Baby G-New Century Imaginary seminar and workshop organized in Japan by Casio.

In 1998, Koz was a speaker at The Future of Design panel and was a jury member in the three competitions at the Designers' Odyssey 1998 symposium. Koz attended the seminar and workshop at Centro Borges di Buenos Aires, Argentina in 1999. Koz was also a participant at the ‘Design Management on Globolocal Products’ seminar and workshops organized in Istanbul Bilgi University in 2000 and 2001. Koz was a jury member at a workshop organized by Beymen Academia in 2001.