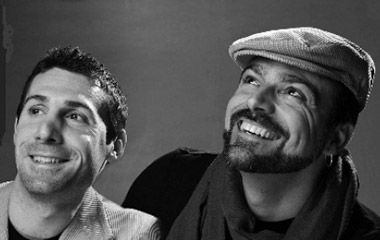 Andrea Radice was born in Milano in 1979 and Folco Orlandini in Tuscany in 1972. They both graduated from Milano Polytechnic. Radice studied industrial design and Orlandini studied architecture.

After various work experiences, Radice and Orlandini joined forces in Studio LUCCIORLANDINI and started working together on various projects in 2008. Radice, who loves culture and sports, is always searching for new stimulants because of his interest in nature. Orlandini on the other hand is a fan of humankind, with all of life’s forms and expressions in its infinite potential.

The vibrations of the city trigger the passion that Orlandini has for visual arts. According to Radice and Orlandini, having a long-term emphasis and revealing a correct design, is a combination of functionality and aesthetics.