With Nurus, Turkey has taken its place among the brands that shape the future 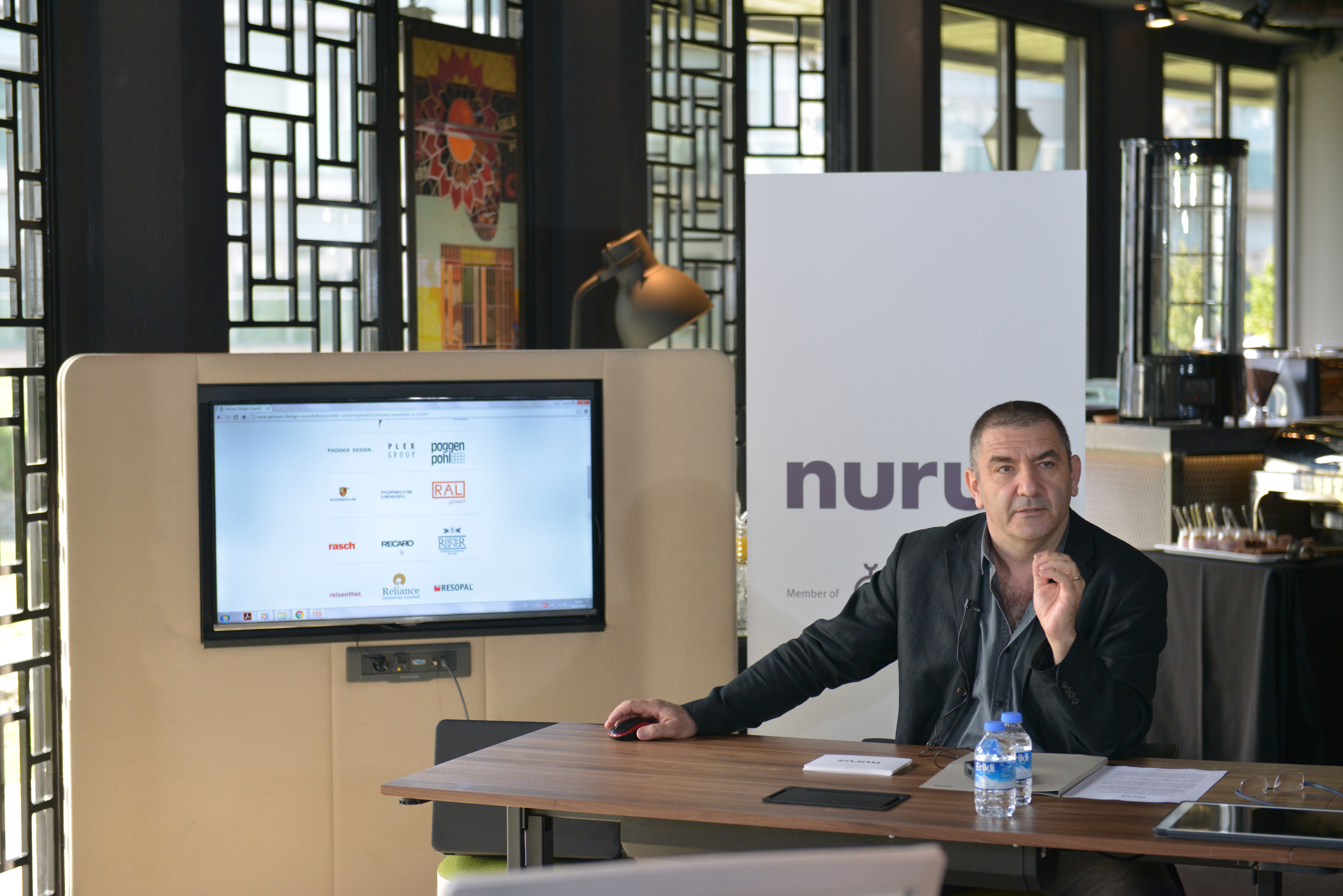 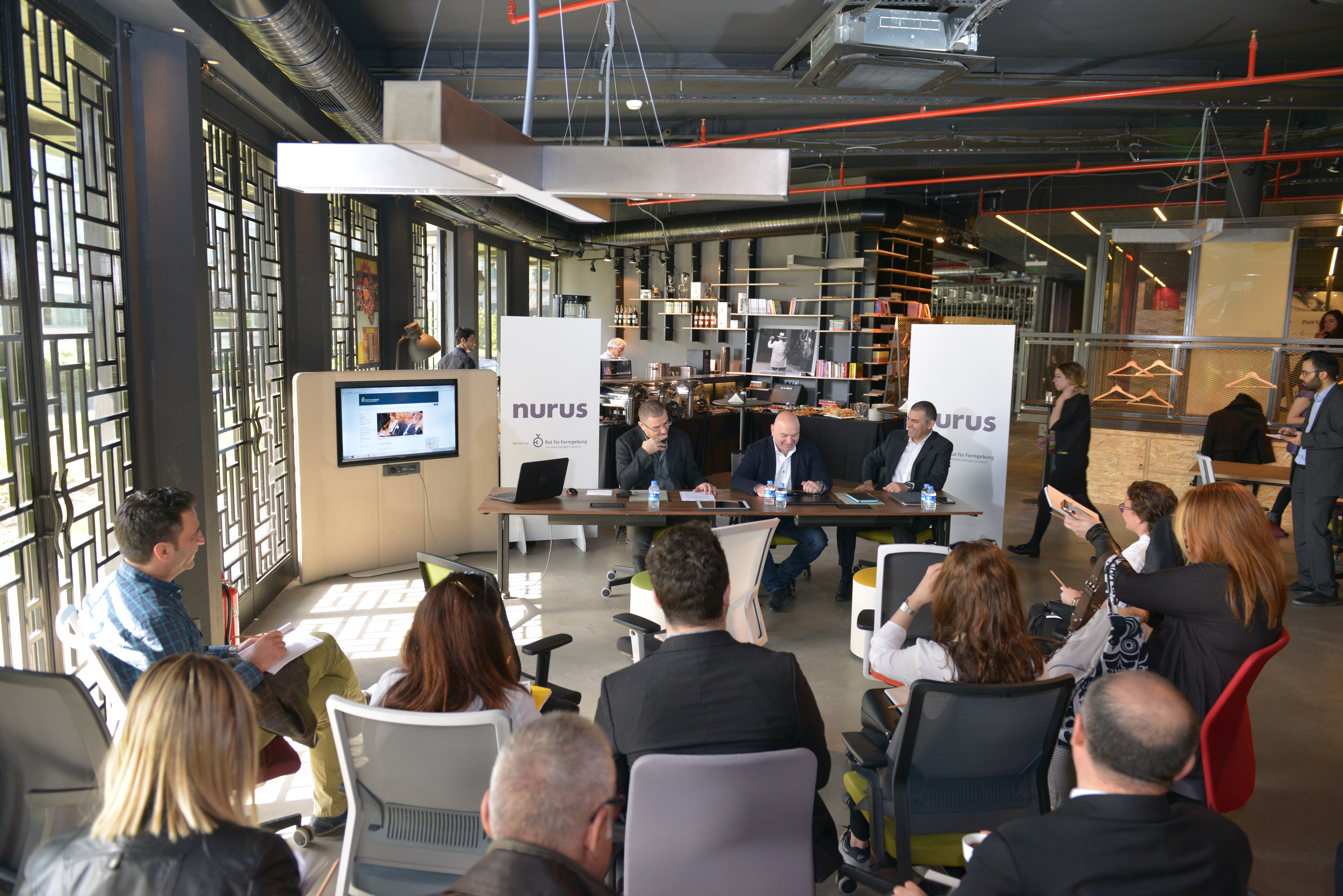 Invited from Turkey by the German Design Council, Nurus was listed among the 173 brands that shape the future.

Renan Gökyay from Nurus said "The German Design Council is the world's most conservative club of innovation and design. Not many brands can become a member of this council. Only brands that have a vision for innovation and implement a strategy in line with this vision can become a council member. The reason we are here as Nurus is because we are an innovative company and have innovation rooted in our DNA."

In addition to Nurus becoming a council member, Renan Gökyay was invited to become a part of the German Design Council jury comprising of 22 professionals, each an expert in design.

The first Turkish company to win the Red Dot Design Award and Design Management Europe and the first in Turkey to be awarded with the IF Product Design and Good Design in the furniture sector, Nurus holds more than 50 design awards, including the German Design Award.

The meeting was held at Kanyon Joint Idea, a venue that creates a friendly working environment furnished with Nurus products.

Starting his speech with Nurus' journey in history dating back to 1927, Dinçer Sinici also gave information about the company's current activities. Stating that Nurus works in close to 40 global locations with more than 50 dealerships, Sinici added, "The greatest force behind our success is our competitive design strategy. This strategy is based on our innovation-oriented vision. We shape our production stages in line with our principles: advanced technology, industrial competency, integrated automation, and sustainability in all stages. In addition to all these stages, we have 550 Nurus team members who are different in expertise but same in heart and who march towards the same goal with knowledge, experience and passion."

Explaining that Nurus has its own showrooms in Munich, the heart of design in Europe, and in Dubai, the investment capital of the Middle East, Sinici adds that Nurus is favoured not only for Turkish projects but for international projects alike and that its goals continue to grow with each accomplishment.

Sinici also gave information about Nurus' future goals: "The high-end segment office furniture market in Germany is approximately €450 M. As Nurus, we aim to reach 5% of this market in 2020 by increasing our retail sales and the number of our contracted projects in Germany. We also aim to increase our overseas operations turnover rate from 20% to 40% by 2020. We plan to expand our network and sign new dealerships to address the increasing needs in 2016."

"We have a say in design in Europe"

Nurus's Executive Board Member and Nurus Design Lab founder Renan Gökyay gave information about the membership process to the German Design Council and emphasized the aspects that will make a contribution to Turkey.

Stating that is it a great honour for Nurus to be invited into a council that only has 173 worldwide brand members, Renan Gökyay added "Each company which is a part of the council is an expert of design in their respective field and their common point is that they are 'brands that shape the future'." This definition is independent of all sectors because the members include Adidas, Bosch and Porche, too... By becoming a member of the German Design Council, supported and funded by the German government in line with macroeconomic policies, we have proved once more that we're an expert design company in Europe as well and we have taken our place among the companies that shape the future."

Stating that they will have many advantages as a council member and that they will be attending the annual meetings and workshops, Gökyay said "Being together with brands that are worldwide experts in design will also broaden our horizon in this field and support our global strategy."

Noting that Nurus works within the scope of Turquality and meets the programme's requirements, Gökyay stated that they effectively used the global support they are given for branding to bolster the "Positive Turkish Goods" image.

Explaining that this membership will contribute to the reputation of the Turkish industry, Gökyay added "We should remember that in a global environment where industries offering imitations such as China and the Far East are part of the competition, Turkish companies can only compete by offering value added products and services. This can only be possible with investments in R&D and design. We prove that this is true. I hope we will be inspiration for companies who base their strategy on original designs and shape their R&D investments with this vision. We will be pleased to share our experience in this field with companies who are interested."

Founded in 1927, Nurus is among Turkey's leading furniture manufactures and has more than 40 dealerships in more than 30 countries. The first Turkish company to win the Red Dot Design Award and Design Management Europe and the first in Turkey to be awarded with the IF Product Design and Good Design in the furniture sector, Nurus holds more than 50 design awards, including the German Design Award. Nurus prioritises motivation in the workplace and helps boost employee productivity by creating solutions that focus on the user. Nurus displays great attention to minimising negative effects on the environment in each of its stages, starting from supplies to manufacture and packaging to deliveries. The Nurus Digital Chain® process management system it has developed under integrated project management and logistic services, helps show utmost care to high-quality production and energy efficiency. Winning countless prestigious design awards in both national and international platforms, Nurus plays a major role in the progress of Turkish industrial design in the global market with its belief and investments in design.